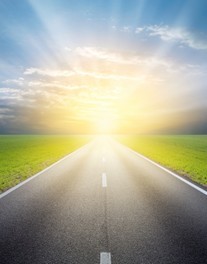 The housing market starts the year with a strong increase, with record sales in January.

In January when evaluating the home sales inscribed in the Land Registry they were up by 19%, with positive reflection from Malaga and Alicante, according to latest figures from the INE (National Institute of Statistics).

Of the 34,544 home sales inscribed in the Land Register in January (which reflects sales closed in the previous two or three months), they were up 19% on the same month last year, and the biggest number since January 2013.

In an article in which this was discussed it said that 2017 started the year with the largest number of recorded sales since 2008, as it is believed that sales in 2013 and 2011 were inflated by Government tinkering in the market. So it's the best start to the year for sales since the boom ended.

The biggest increases took place in the Balearics and the North of Spain, though sales growth was also favorable in Southern hotspots like Malaga in the Costa del Sol (+20%), and Alicante / Costa Blanca (+17%). Weaker sales were noted further south in Costa de la Luz and the Canaries.

Overall we are looking at an increase in resales of 21% and new build homes are up 8%, a sure sign that the new development crash slowly draws to an end.

It's a relief to see the Spanish home sales recovery continue in 2017, and the increase in and suggests an increase in purchases from all nationalities.

If you are looking to buy a property, to watch the sunrise on a warm terrace, give Golf Sun Spanish Properties a call, we have a great team to help you find that dream home.