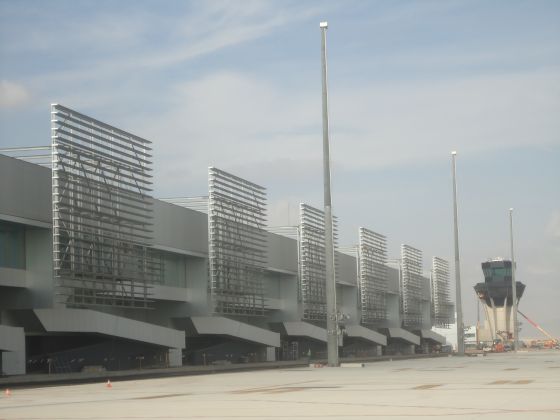 The first flights will be welcomed to the airport on Tuesday 15th January.

Although many people are disappointed to lose the smaller San Javier Airport, the good news is it will mean more flight options and it is great for the local economy.

Being a new airport there is indeed a lot of pressure and focus on how it will be perceived. The airport will be officially opened by King Felipe VI, the King OF Spain, and final details are awaited on this.

The president for the Region Of Murcia, Fernando Lopez Miras, made this statement, “The International Airport of the Region of Murcia will be a gateway to more employment and more opportunities for all of Murcia. In my opinion, it is a key instrument for the present and for the future of one and a half million Murcians. It will also be a fundamental stimulus for national and foreign tourism"

When the airport first opens there will be twelve initial destinations and as time goes on and the airport gathers momentum it is broadly expected that new routes and airlines will want to have a base at Corvera in both the coming months and years.

First connections will be between the UK, Ireland and Belgium. As an international airport it will be bigger and offer more facilities and services than the nearby San Javier Airport. San Javier will close on the 14th January and return to military use.

The main terminal building is approximately 37,000 square metres in size and within its main hall there will be 24 check-in counters in addition to a counter for special luggage requirements in departures. There will also be 3 double security checkpoints from the main hall leading in to the departures area with 9 boarding gates. 6 of the boarding gates will be for non-Schengen countries and 3 will be to Schengen countries (the Schengen Area comprises 26 European states who do not have border control between each other).

The airport is located just outside of Corvera on the MU601 autovia linking Corvera and Fuente Alamo.

It is easily from the A-30 which runs between Cartagena and Murcia. The A-30 is the main road connecting the A7 autovia and the AP7 autopista (the toll motorway) which connect the region of Murcia to the south coast of Spain as well as all the way up to Barcelona on the north-east coast.

So as of next week we as an area will be luckily benefiting from two international airports, Alicante and Murcia, making the ease of coming to the area easier, with hopefully more flights, lower prices, and stress free travel.