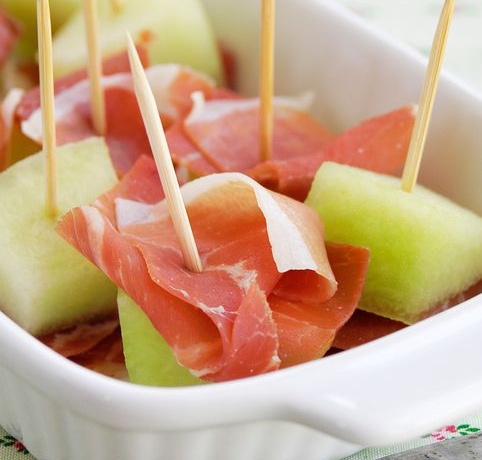 We have all seen Serrano ham on the menu in restaurants, hanging in supermarkets and shop windows in the towns we live, and even have it regularly in our fridge. But what is it and where does it come from?

Serrano Ham is a cured ham which is exclusively produced in the Seron province.It was introduced in this region for consumption back in the 16th century and went into industrial production in the 19th century.

Curing is the process that includes natural drying of the meat and a maturing process that lasts at least 12 months.

Unless bought prepacked the ham we see is elongated in its shape and usually comes with the foot still attached to the leg.It is produced from breeds and cross breeds of Blanco Belga, Chato, Duroc, Landrace, Large White and Pietrain.

Characteristics of the meat is a red ham with a slightly salty sweet flavour and with a rather intense aroma, the distinct smell you recognise when in a shop selling the ham.

Serrano Ham has a lower salt content than other hams due to the minimal amount of time it is spent curing in salt and the traditional curing methods used in Seron.The cool climate and a lower humidity in the region attributes to the delicious taste of this ham.

A great way to try this ham, with its full flavour and salty taste is with an excellent contrast that is sweet, such as juicy honeydew melon.The tapa, melon con jamon serrano, is a refreshing dish quick and easy to make, for both a brunch or lunch.