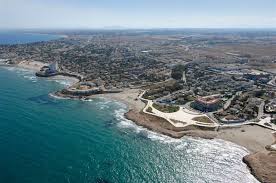 It has been reported by one of the biggest developers on the Mediterranean coast that local buyers are taking over from foreign clients.

With many developments along the coast the developer has survived the crisis thanks to foreign demand, which took a step up back in 2010 and made up for the collapse in local demand. They were also saved by their ability to finance new projects from their own funds, and the fact that they never built far from the coast, ensuring there was always demand for their homes.

They have stated that “Spanish buyers are now very active in new developments so long as the product is good, and they are playing an important role in the gradual recovery that the sector is living through."

The developer has sold almost 10,000 homes on the Spanish coast to local and foreign buyers since the 1960s, so they know quite a bit about the market, and the differences in preferences between nationalities.

They say that foreign clients are looking for a good climate, whilst national demand wants to be near the sea or have good views. Swedes are after a spacious home with good access, and are prepared to pay more to be near a good airport like Alicante. Belgians are more concerned with finding a location that offers peace and quiet yet near to amenities, and the Germans are focused on Mallorca, where 90% of them buy. The English, seem to be a bit of everything.

Buyers from all groups, in particular the Spanish, are once again comfortable with buying off-plan, we are told. Their developments are now largely sold out by the time construction is finished, and they have just sold 30% of a new development in Benidorm off-plan in the space of a month.

So it is great to hear that both local and foreign demand is improving greatly over the last few years and projections for coming years are looking good.