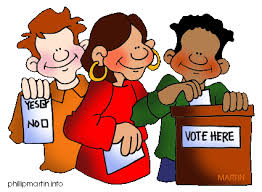 A deal has been reached today by both the Spanish and British governments, between Madrid and London, in which they have agreed voting rights for Britons residing in Spain and Spaniards living in the United Kingdom.

They have agreed to keep the participation of the two countries in municipal polls. These are the only ones in which EU citizens have the automatic right to take part in when they opt to live in another member state.

The deal the first of its kind around the Brexit process will guarantee the rules to follow ahead of the local elections on May 26th here in Spain and May 2nd in the United Kingdom.

The agreement allows those to both vote in municipal elections and also run as candidates, as it is confirmed from British sources that many Britons hold such roles in local Spanish councils.

To be able to vote in Spain, it stipulates that a British citizen has lived in the country for at least 3 years (after the 2019 elections, so future elections), and that they are registered on the Electoral Census of Foreign Residents in Spain by 30 January.

The deal approved by the Spanish cabinet on Friday (18th), will have to pass through parliament, but will be put into place on a provisional basis as soon as the UK leaves the EU.

So this is indeed a great step forward for those residing here or looking to reside here, allowing you to still have a voice for what happens in your surrounding area.